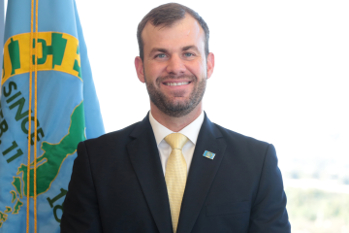 The Department of Capital Projects provides support to other Public Works Departments, including Drainage, Sewerage, Water, Streets and Engineering, by assisting in planning, programming, and managing the engineering and construction of capital improvements. In addition, this department assists all Jefferson Parish departments in advertising for professional services, as well as negotiating and preparing engineering contracts. Improvement programs, such as SELA, the Sewer Capital Improvement Program, and the Submerged Roads Program are overseen by the department. These programs are managed by private firms hired by Jefferson Parish which report to the director of the Department of Capital Projects.

The purpose of SELA is to reduce damages due to flooding by improving segments of the Parish's primary drainage system.

SELA is a joint Parish/State/Federal Program presently consisting of 74 projects with 66 completed to date; it also includes four studies with two completed to date. The program began in 1996 and will continue through at least 2017. The SELA Program was initially supported 75% by federal funding and 25% by local funding; new requirements call for a 35% match by the Parish. The estimated current construction cost for all approved projects within the SELA Program is $880,000,000. The Hoey’s Basin and West of Bayou Segnette Basin are the two drainage basins in the study stage.

SCIP's purpose is to provide improved sewer service to the residents of the Parish including the upgrade and rehabilitation of existing sewer lines and facilities and the construction and installation of new facilities and sewer lines.

SCIP currently consists of over 45 active sewerage capital improvement projects throughout the Parish of which 22 are currently in the bidding/construction phase. These projects have a total estimated cost exceeding $60,000,000. SCIP is funded from a variety of sources, including local sales tax revenue, federal grants, plant investment fees, and bond issues.

The Jefferson Parish Submerged Road Program included the reconstruction and rehabilitation of residential asphalt and concrete roadways. The $100,000,000 Program was funded by FEMA (Federal Emergency Management Agency) thru GOHSEP (Governor's Office of Homeland Security and Emergency Preparedness). The funds were divided between concrete and asphalt streets.

The West Bank street repairs began in October 2012, and were completed in November 2015. Through seven public bid packages (3 asphalt and 4 concrete), a total of 369 street segments were repaired at a total cost of approximately $13.6 million.

The East Bank concrete work began in January 2012 and was completed in February 2016. In 12 projects, a total of 1082 segments were repaired with a construction value of $44.4 million. Asphalt street repair on the East Bank began in June 2013 and will be completed by June 2016. Eight asphalt projects were bid which included a total of 692 segments (blocks) with a construction value of $29.2 million.

Q: Why don't contractors complete roadwork at night to eliminate traffic congestion and accidents?
A: Night roadwork is a consideration, but it is often more expensive. Also, work performed in residential areas disturbs homeowners and in most instances would not conform to noise ordinance laws.